The following is an excerpt (pages 1-5) from Ancient and Medieval History (1946) by Francis S. Betten, S.J. Although some information may be outdated, the Catholic historical perspective it provides remains pertinent. Use the link at the bottom of post to read the previous/following pages. Use Search to find specific topics or browse using the Resources tab above.

Historical Sources. — The student learns of the many events and facts which make up the history of mankind from the historical books written and published in our own time. But how do the authors of these books know what happened centuries ago? They consult what we call the sources of history. There are three kinds of such sources:

The Bible. — The noblest of all the written records concerning the history of mankind is the Bible. God, Himself, is the author of this Book of Books; those whom we call the authors of its various parts acted, as it were, only as God’s secretaries. They wrote down what God “inspired” them to write. The knowledge of the various facts and truths they obtained partly by direct revelation from God, partly by studying natural sources, such as books and reliable traditions. (The Bible is not the oldest book in the world.) In this study, too, they were guided by the Holy Ghost, and God put the seal of His authorship upon whatever they actually embodied in their work. There can be no errors in matters of faith and morals in the Bible. It is possible that there are errors concerning secular matters, such as astronomy. In these points the writers received no revelation from God.

Copyists, too, may have made mistakes in transcribing these things. Such errors are naturally very rare, if there are any at all. The Bible is recognized to be a most reliable source of secular history. The Bible treats chiefly of the development, successes, and failures of the chosen people of God, the Hebrews. But it is full of references to other nations and their rulers.

Evolution, often spoken of in our days, is the theory which teaches that, under the influence of heat or cold or electricity or other natural forces, things can undergo various changes in the course of time; that, for instance, because of their surroundings, plants or animals have actually become different from what they were before, without, however, ceasing to be either plants or animals. We need not deny that such “evolution” has taken place in many cases. But those who maintain that lifeless matter can change into plants or plants into animals have no proof for their assertion. Much less can man, body and soul, have “evolved” from beasts. Holy Scripture tells us how the first men were created by Almighty God. It is wrong, too, to suppose that the first men were savages with rude, undeveloped minds, and that their descendants gradually rose to what man now is in the course of hundreds of thousands of years.

Civilization. — We live in a civilized country. We have good houses, build beautiful churches and schools and splendid cities, and a good government preserves order in the land. A farming class tills the soil and thereby provides food for the whole population. Other peoples live a different life. Their dwellings are the rudest kind of huts or tents, or even caverns in the ground. Such peoples we say are not civilized at all, or at any rate, they are on the lowest level of civilization.

We speak of material civilization, by which we mean the control and employment of nature, its treasures and its forces, as the fruits of the earth, the metals, wind, fire, water, electricity. Intellectual civilization stands higher; it shows itself in the pursuit of learning and all kinds of art. There is also a social civilization; it consists in good government, in a certain refinement of manners, and above all in the integrity of family life, which is the natural foundation of society. But higher than all these is religious and moral civilization. Individual man as well as the whole race must pay due respect to the Creator, and observe the laws which God has given. A nation which is wanting in this lacks the most necessary element in true civilization. These sundry elements, however, are not separated from one another by hard and fast lines. Many features of a nation’s life may be classed under several of them.

The term savagery is often used to denote the lowest degree of civilization, while by barbarism is meant a somewhat higher degree. Care is required in using them. They are frequently meant to denote not only rude material conditions, but also intellectual inferiority, and even a low standing of morality. Yet a primitive people may display a keen intellect and possess great purity of morals and correct religious ideas.

DIVISION OF THE HISTORY OF MANKIND 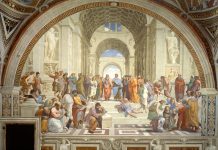 Medieval History Ch. 47: The End of the Middle Ages – The Renaissance, Inventions and Discoveries 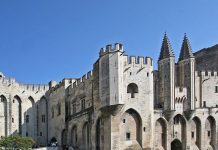 Medieval History Ch. 46: The Church and Papacy at the End of the Middle Ages 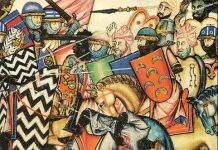 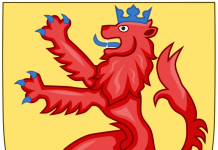 Medieval History Ch. 44: The Hapsburg Emperors and German States to the End of the Middle Ages 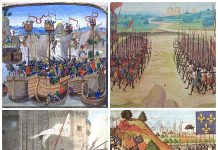 Medieval History Ch. 43: The Black Death, Wyclif, Hundred Years’ War, France and England to the End of the Middle Ages